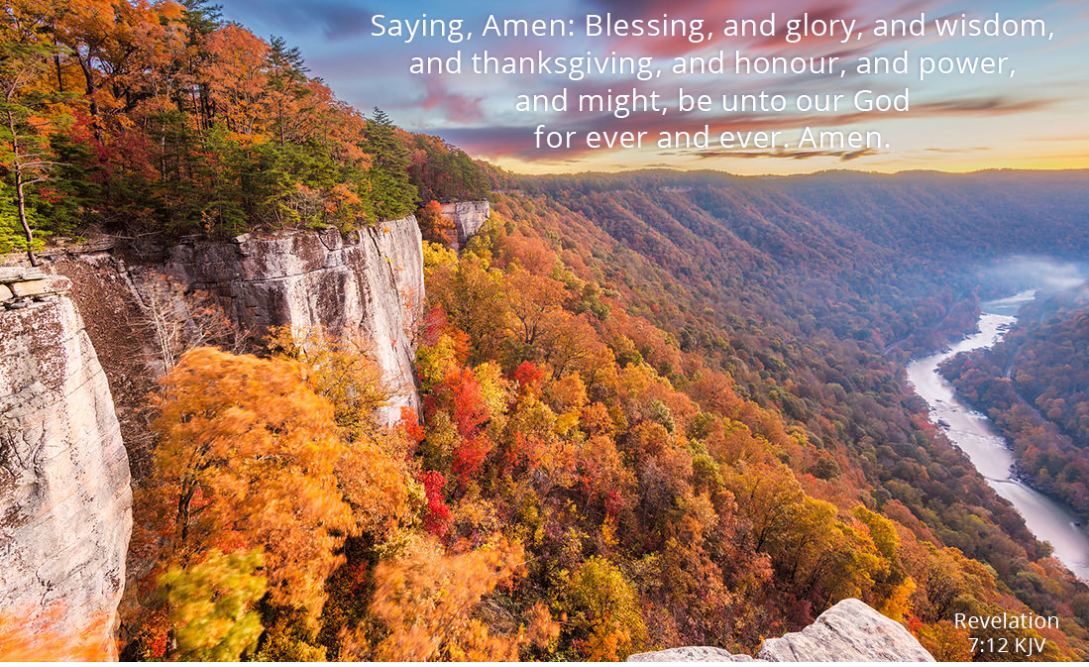 Revelation 7:11-12 (NKJV) 11 All the angels stood around the throne and the elders and the four living creatures, and fell on their faces before the throne and worshiped God, 12 saying: “Amen! Blessing and glory and wisdom, Thanksgiving and honor and power and might, Be to our God forever and ever. Amen.”

This is a wonderful worship of God in heaven. The angels are there, the Old Testament saints are there, the church is there, and the Tribulation saints are there. And together we are worshiping God. This is simply fabulous and fantastic. There is one important thing to note about this group of worshipers, however. You see, only those who have been saved sing about redemption and salvation. But the angels do not. They praise God for everything else, but not for their salvation. Because they are not redeemed sinners. Those angels who rebelled against God were booted out of heaven along with Satan. Angels who sin against God are fallen angels and they are demonic creatures now. They are totally wicked. They were in the presence of God the whole time that they were in heaven. They have a great knowledge of God. Because of this they had no reason to sin against God. They were not tempted, and they were not created in sin. Therefore, they having no reason to sin also have no willingness to repent. They are completely evil and are absolutely devoted to oppose God. However, those angels who remained faithful to God are God’s elect angels. Just as all who accept the Lord Jesus Christ as their Savior are God’s elect. The fallen angels had great knowledge of God, and so they are deserving of God’s wrath. My friends, we have no excuse either. The gospel has been brought to the ends of the earth. Well, to be honest, there are about 7,106 existing languages in the world today. But the Bible in its entirety has only been translated into 704 languages. But the New Testament has been translated into 1,551 additional languages. And certain Scriptures have been translated into an additional 1,160 different languages. So, it is true to say that parts of the Bible have been translated into 3,415 different languages. That is roughly 48 percent of the existing languages of today. That is a pretty good percentage. Almost 50 percent. Nevertheless, it is not all of the existing languages in the world today. However, man is still without excuse “because what may be known of God is manifest in them, for God has shown it to them. For since the creation of the world His invisible attributes are clearly seen, being understood by the things that are made, even His eternal power and Godhead, so that they are without excuse” (Romans 1:19-20 NKJV). My friends, we should really take this to heart. If we do, we will have a greater love for God and we would worship Him more in a very real way. We would worship God in spirit and in truth.